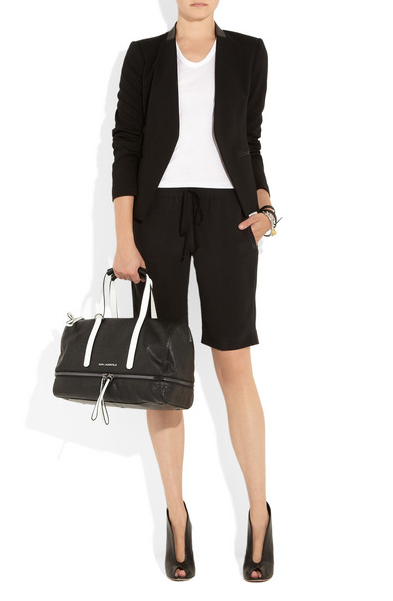 Karl is a cult figure in the world of fashion, and has almost made as much out of his own image as he has out of his own label. Not many fashion labels around the world would have a figurine of their chief designers and namesake, but Karl Lagerfeld does.  Well, that’s a lie. They don’t have ‘a’ figurine of Lagerfeld, they have several, and one even features his cat.

His line of accessories are very striking and unique. He mainly dwells in blacks and whites but occasionally strays into neon colours to mix things up a bit. And his style of bags are all encompassing, with the collection including camera bags and bowling ball bags.

Occasionally I feel his stuff can be a little over the top, but that’s more a comment on my personal tastes, as opposed to the design of Lagerfeld. He has a style, and he knows what he has to do to perfect it.

Check it out, at his very aptly named website: http://www.karl.com/